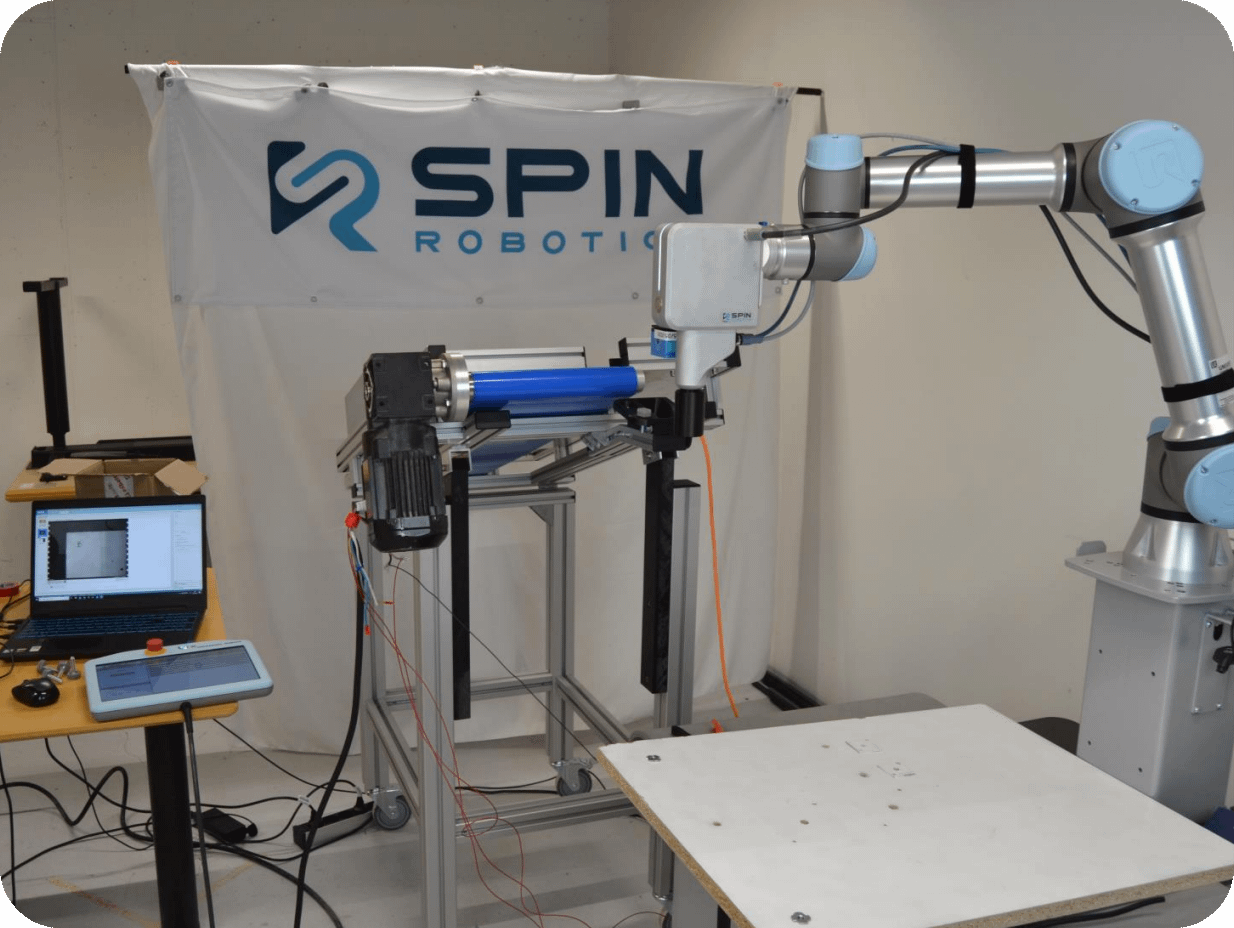 Every day, millions of screws, bolts and other objects with threads are mounted in the European manufacturing industry by employees with handheld screwdrivers in everything from windows, cars, refrigerators to electronic products. It is an expensive, time consuming and inefficient assembly process. The repetitive work from manual screwdriving can cause physical disabilities and strain.

With MoCAAS, two partners – Spin Robotics (DK) and Pehama Production (DK) – will introduce a new flexible mobile assembly workstation to the market, targeting SMEs in the automotive and electronics industry. The workstation is specially designed for the assembly of objects with threads. The technological impact is a new safe end-of-arm tool and a flexible feeder system. Both products are already under development by the two partners. They are integrated into a small mobile platform which can be moved around in production facilities. After the project, the technology will be a finished, commercially available product, ready to be shipped to globally on a half euro pallet. The MoCAAS workstation will cover the gap in the marked between fully automatic screw-driving systems and the manual screwdriver.

During the ESMERA project the technical focus will be the following:

• Flexible feeder mechanics: A new mechanical flex-feeder is developed to present the robot with aligned adj. feets. One of the key design criteria are the reconfigurability of the mechanism and securing a low cost.

• Safety sensor: A prototype for a new safety sensor/system is designed to increase the overall safety of the system.

• Building on the first prototype: An initial experimental platform is constructed and assembled. This setup is used throughout phase 1 and demonstrated in Month 9 of the process.

• Robot force control: A peg-in-hole algorithm is developed either directly at the robot controller or at the controller box using ROS and the new Universal Robot ROS driver. The focus during the activity are search algorithms based on force feedback to optimize the path.

• Guiding system: During, a repositioning of the MoCAAS workstation a guiding system will instruct the user on how to place the platform. A marker placed in the environment and the onboard camera are used to compute an error metric which is shown to the user at the robot controller in a graphical and easy way.